Good morning!! Brenda, here with you on this Thursday with a card that goes way back…I think the Dahlia Close Up Cling Background Stamp was the first stamp that I purchased from The Ton!! 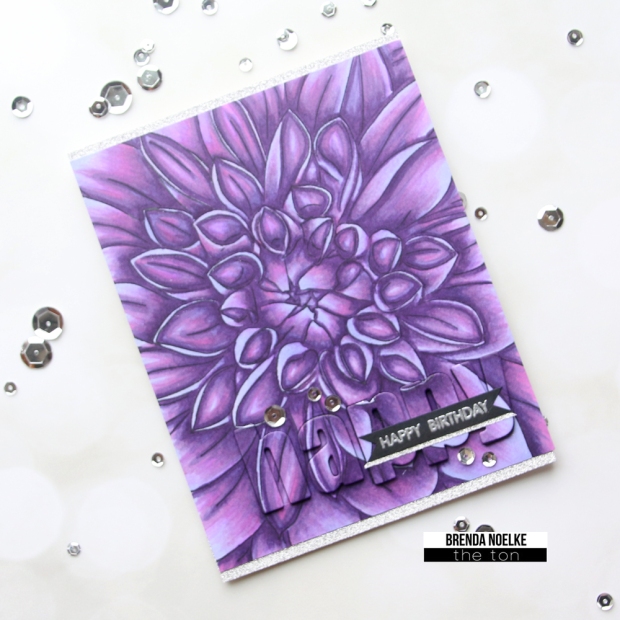 I stamped the Dahlia Close Up Cling Background Stamp onto heavyweight white cardstock with Caviar Ink and colored it with Copic markers. (I seem to be on a purple kick lately!!) I trimmed the image to be the same width as an A2 card base, but the length was trimmed slightly shorter. I placed some Silver Glitter Tape on the top & bottom of the card base, so it would peek out from under the colored panel. Happy, using the Bold General Greeting Word Plate Dies, was cut directly from the dahlia panel. I also cut the word happy from black fun foam and adhered the colored letters to the top. After adhering the panel to the card base, the letters were popped back into the negative die-cut areas. Happy Birthday, from Basic Banners, was stamped with Versamark and heat embossed in silver onto a black cardstock strip that was trimmed into a banner. The banner was adhered over the die-cut letters, placing a narrow strip of Silver Glitter Tape underneath. A few Silver Metallic Sequins were used to draw a little more attention to the sentiment. Finally, a Spectrum Noir Clear Pen adds some sparkle to the highlights of the dahlia. 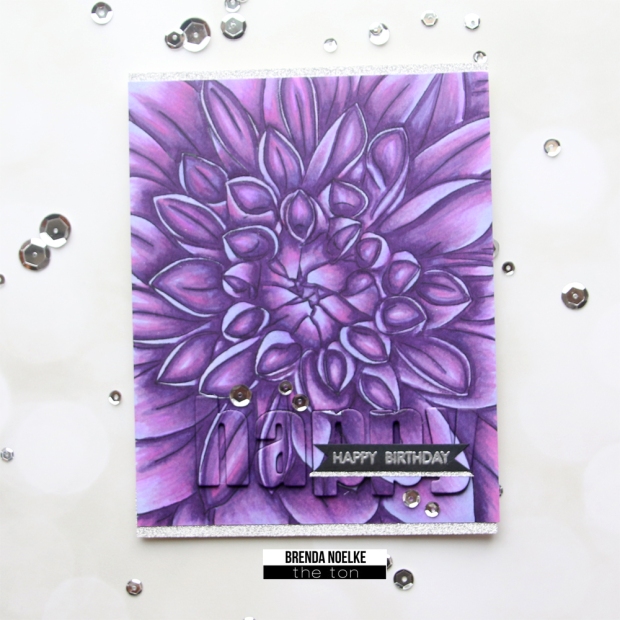 That’s it from me today!!! Have a wonderful weekend!!!