Good morning everyone!! Brenda with you today, sharing a wedding card with lots of purple!! 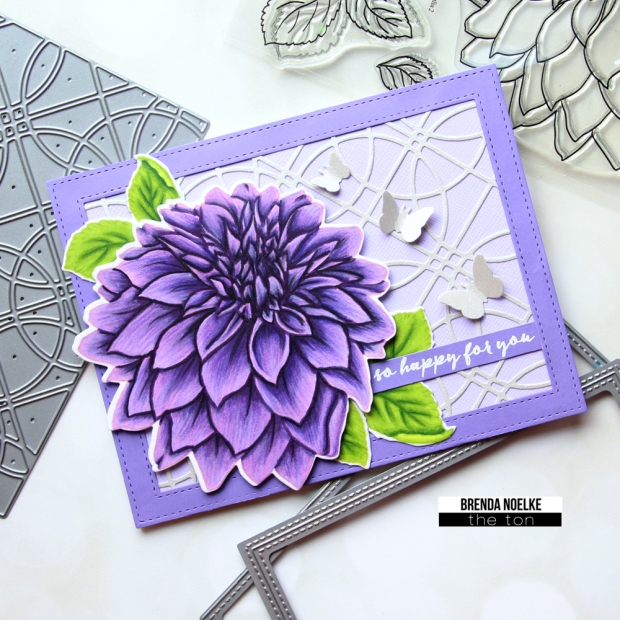 I feel like I can really get the depth in my coloring with purple hues more than any other color. The purples in this dahlia really make it come to life!!!

I began by stamping the largest flower and leaves from Large Dahlia 2 and just the leaves from Large Dahlia 1 with Vanilla Frosted Cupcake Ink. The images were colored with Copic markers and colored pencils, before cutting out with the Large Dahlia 2 & Large Dahlia 1 Coordinating Dies. The Geometric Circles Coverplate Die (this die is great for adding interest to a background!!) was cut from a pearl cardstock and adhered to lilac card panel. The two largest Double Stitched Rectangle Dies (Large) were used to cut a frame from purple cardstock, adhering it to the background panel. The die-cut leaves were adhered directly to the panel in the lower left corner, while the dahlia was popped up with foam adhesive. The sentiment, from Nesting Peonies, was stamped with Versamark and heat embossed with white embossing powder onto a purple cardstock strip. The Butterfly Swirl Die was used to cut some butterflies from the same pearl cardstock. Three of the butterflies were adhered only in the center, allowing the wings to pop up for added dimension. 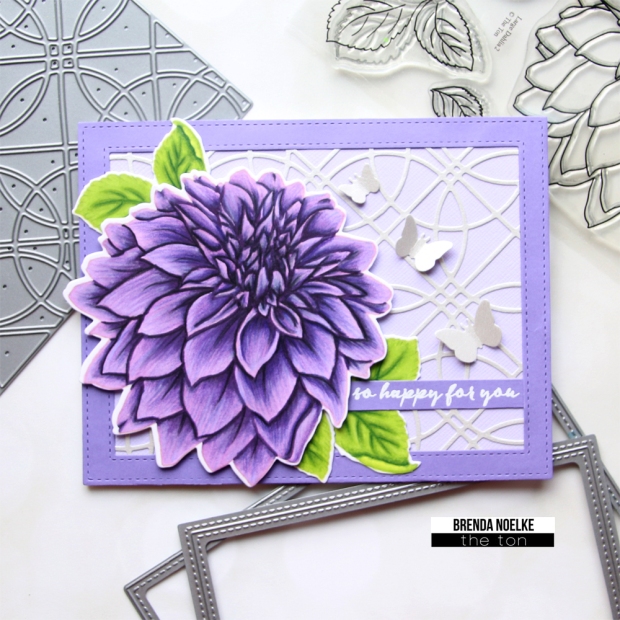 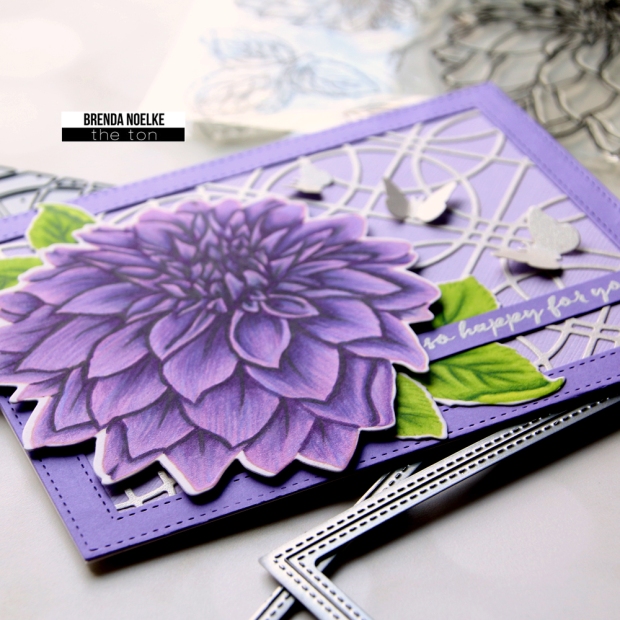 That’ll do it for me today!! I hope I’ve inspired you to pull out those purple markers and create some depth in one of The Ton’s gorgeous florals!!!

6 thoughts on “So Happy For You – Large Dahlia”