Hello everyone, Olga is here! I was so inspired by Dahlia Bouquet that I decided to create three different cards with that stamp! Let me show it to you. 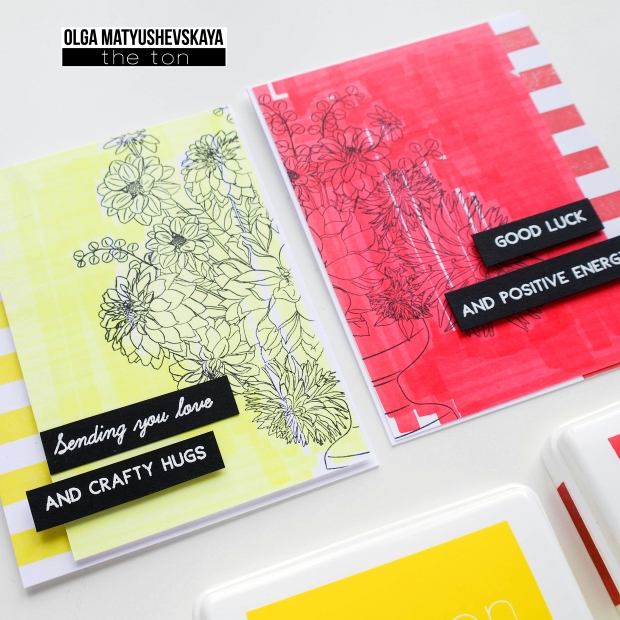 The first two cards is pretty similar. Alcohol markers were used to create the background of this couple. The next step was stamping the bouquet with Caviar, than I cut sheet at the middle of cardstock. 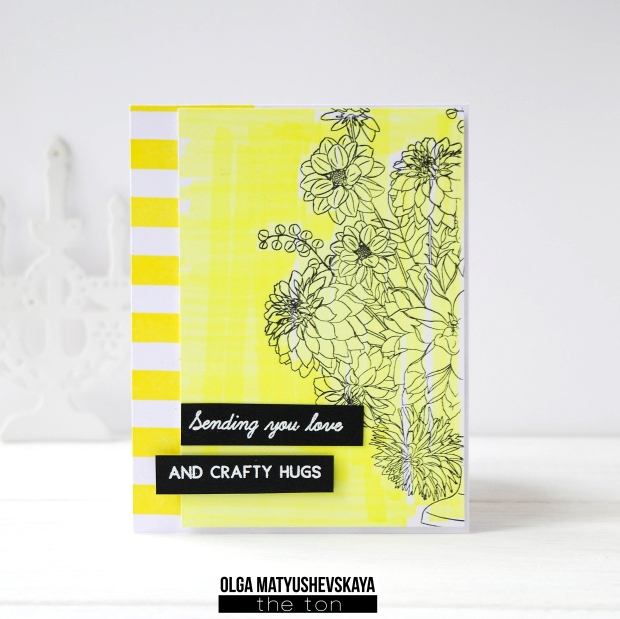 Than I stamped the stripes on the bases of both cards using Haute Stripes and Lemon Drop Dye for the first one and Coral Cavern Dye for the second one. 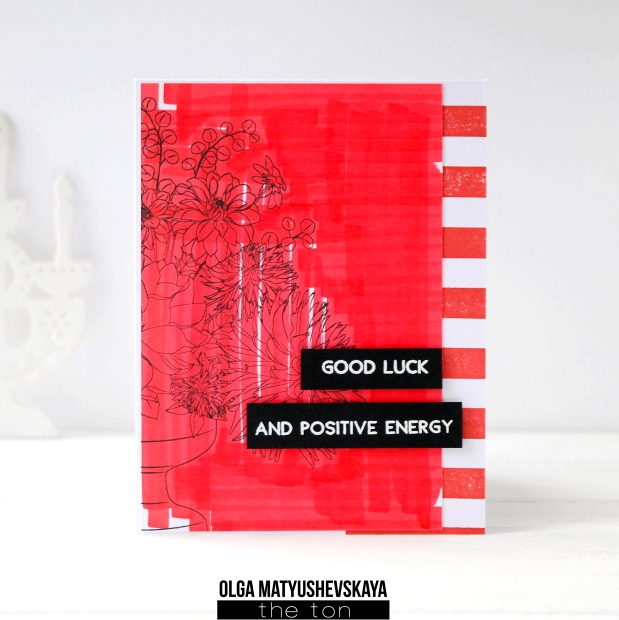 The title were made using black cardstock heat embossed with powder.

So the third card is slightly different. I stamped the bouquet with Noir Dye on the cardstock and colored it using watercolor markers. 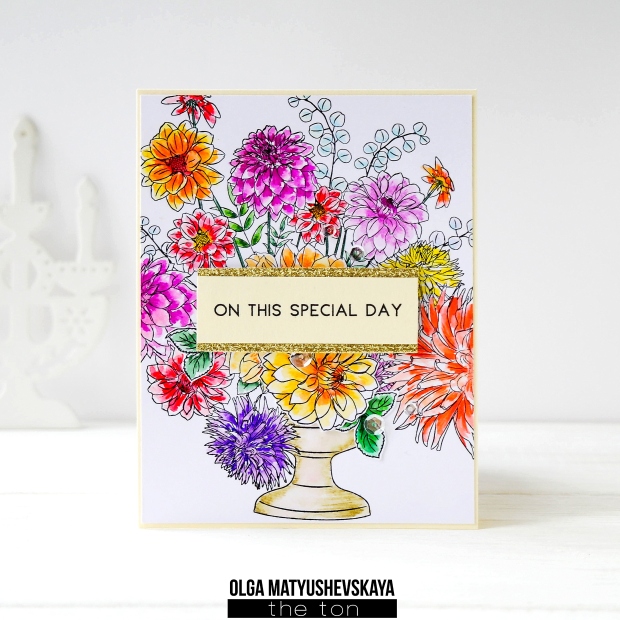 Than I stamped the title on the  pale yellow  cardstock and attached it with golden stripes on the cards. 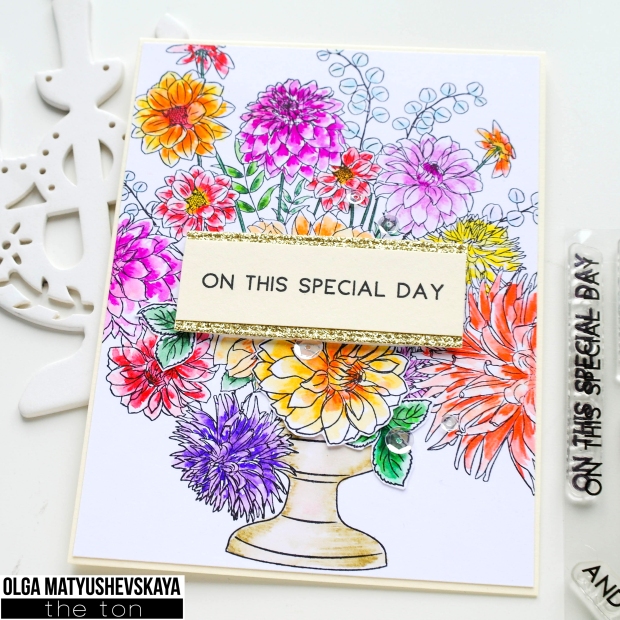 I did not have enough volume after that and I decided to cut and add the one dahlia of Wild Dahlias Stamp. 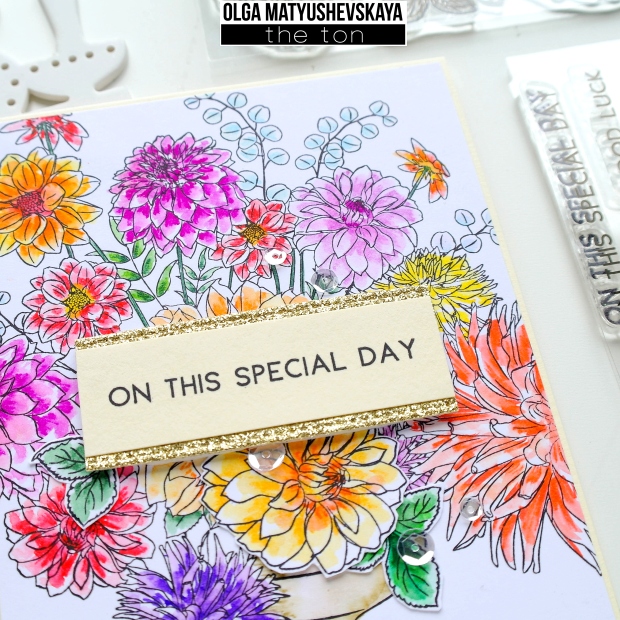 The final step was decorating my card with the sequins.

Hope you enjoyed my trinity! Which one you liked most?